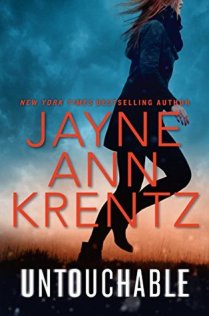 A man’s quest to find answers for those who are haunted by the past leads him deeper into the shadows in this electrifying novel from the New York Times bestselling author of Promise Not to Tell.

Quinton Zane is back.

Jack Lancaster, consultant to the FBI, has always been drawn to the coldest of cold cases, the kind that law enforcement either considers unsolvable or else has chalked up to accidents or suicides. As a survivor of a fire, he finds himself uniquely compelled by arson cases. His almost preternatural ability to get inside the killer’s head has garnered him a reputation in some circles–and complicated his personal life. The more cases Jack solves, the closer he slips into the darkness. His only solace is Winter Meadows, a meditation therapist. After particularly grisly cases, Winter can lead Jack back to peace.

But as long as Quinton Zane is alive, Jack will not be at peace for long. Having solidified his position as the power behind the throne of his biological family’s hedge fund, Zane sets out to get rid of Anson Salinas’s foster sons, starting with Jack.

She heard the key in the lock. The door opened. The creep was silhouetted against the light of the hallway fixture, a balding, big-bellied man dressed in an undershirt and trousers.

He did not see her sitting there in the shadows of the upper bunk. He moved into the room, heading toward the lower bunk.

He reached down and started to pull the covers off of Alice’s thin, huddled body.

“Go away, Mr. Tyler,” Winter said. She switched on the penlight and began to move it in an intricate pattern. “You’re not supposed to be here. You don’t want to be here.”

She kept her voice calm; soothing but firm.

Startled, Tyler halted and instinctively averted his gaze from the narrow beam of light.

“What the hell?” In the next breath he softened his voice to a drunken croon. “What’s the matter, honey? Couldn’t sleep? I know it’s hard adjusting to a new house and a new family. But you’re in a good home now. There’s nothing to worry about. I’ll take care of you and Alice.”

Tyler was distracted by the light. He stared at; looked away and then gazed at it again.

“I’m going to take poor little Alice to my bedroom,” he said. “She’s afraid to be alone.”

“Alice is not alone,” Winter said. “I’m here with her. Go away. You don’t want to be in this room. It’s hard to breathe when you come in here. You can’t catch your breath. Your heart is pounding harder and harder. You wonder if you’re having a heart attack.”

Tyler did not respond. He was transfixed by the motion of the light. He started to wheeze.

“When I say Winnie-the-Pooh you will realize that you can’t breathe at all when you’re in this room,” Winter said. “You will leave. That is the only way to ease the terrible pain in your chest. If you stay in this room you will have a heart attack. Do you understand?”

“Yes.” Tyler’s voice was now that of a man in a trance; expressionless.

The rasping and wheezing got louder.

“Winnie-the-Pooh,” Winter said in a tone of soft command.

Tyler came out of the trance gasping for air.

“Can’t breathe,” he said, his voice hoarse with panic. He swung around and lurched out into the hallway. “My heart. Can’t breathe.”

He staggered down the hallway and stumbled toward the kitchen. Winter jumped down to the floor.

“Winter?” Alice whispered from the shadows of the lower bunk.

“It’s okay,” Winter said. “But you have to get up and get dressed. We’re going to leave now.”

A heavy thud sounded from the kitchen. It was followed by an unnatural silence.

She went to the door. With the penlight in hand she moved cautiously down the hall. Alice climbed out of bed but she did not wait in the bedroom. She followed Winter.

Tyler was sprawled on the kitchen floor. He did not move. His phone was on the floor close to his hand. Panic arced through Winter. She wondered if she had killed the creep.

Alice came up beside her and took her hand, clinging very tightly. She looked at Tyler’s motionless body.

She squeezed Alice’s hand and then freed her fingers to cross the kitchen floor. She stopped a short distance away from Tyler and tried to think about what to do next. In the movies and on television people checked the throat of an unconscious person to find out if there was a pulse.

Gingerly she reached down and put two fingers on Tyler’s neck. She thought she detected a faint beat but she couldn’t be certain. He might not be dead yet but it was possible that he was dying. It was also possible that he was simply unconscious and would recover at any moment. Winter knew that neither outcome would be good for Alice or herself.

Jack Lancaster and his foster brothers were saved from a fiery death at the hands of a madman as teenagers.  Their mothers tragically didn’t survive the incident, and the policeman who rescued the boys, Anson Salinas, became their foster father.  As the boys grew into men, their goal was to find the cult leader, then known as Quinton Zane, and bring him to justice.  The cunning and elusive killer has managed to avoid all their attempts to track him, but they are sure he’s still out there, planning his next con.  Jack is a cold case investigator, and has the uncanny ability to lucid-dream, meaning he’s partially awake and able to manipulate his dreams, which often allows him more clarity in the cases he’s working on.  When his fiery dreams begin to take a disturbing turn, Jack seeks help from sleep specialists, who seem to fear his ability and are unable to help him.  Though expecting another failure, Jack seeks the help of Winter Meadows.

Winter is a former foster child herself, and is trying to start her own business as a meditation instructor.  Winter has an impressive talent for hypnosis, and that, coupled with her intuition and intelligence, has caused her to be either feared or taken advantage of in the past.  She’s able to steer Jack into a new direction which offers him much more control over his dreams.  Though not very lucky in the romance department, Winter is greatly attracted to Jack, and hopes that he might feel something similar for her.

When an attempt is made on Winter’s life, and Jack rescues her, it’s just the beginning of a deadly scheme, put in place by none other than the man formerly known as Quinton Zane.  Lucan Tazewell is the new identity that the con man has assumed.  He knows that the foster brothers will never rest until he is dead or in prison, so he’s decided that it’s time to remove them permanently.  He feels that Jack is the most dangerous to him and must be taken care of first.

Jack confides his history to Winter, only to find her accepting and supportive, unlike almost everyone else in his past.  She doesn’t think he’s crazy or delusional, and, in turn, he accepts her abilities without fear.  This acceptance of each other, added to the attraction they both are feeling, opens up a whole new level of intimacy and sharing and belonging that they have never been able to achieve with any other person.

UNTOUCHABLE has all of the elements that I love, and that hooked me on author Jayne Ann Krentz’s books.  The story is exciting and fast paced.  The hero and heroine are strong, intelligent, and unusual people, who have felt alone and somewhat outcast.  I felt the genuine love between Jack and Winter, as well as their steamy passion.  I cared about both of these characters and was so happy to see them find a true match and acceptance.  Their romance is as significant to the story as is the suspense, which is the perfect balance for me, and I loved seeing them work together as well as love together.  UNTOUCHABLE is truly a page turner, but with plenty of warmth and heart to make it a very satisfying read for fans of both romance and suspense.    ~Rose