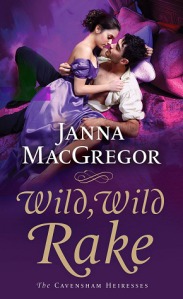 Her first marriage was an epic failure.

Lady Avalon Warwyk never did love her husband. Arrogant, selfish, and cruel, it’s a blessing when she’s widowed and left to raise her son all by herself. Finally, Avalon can live freely and do the work she loves: helping fallen women become businesswomen. She’s lived these past ten years with no desire to remarry―that is, until Mr. Devan Farris comes to town.

Can he convince her to take another chance at happily ever after?

Devan Farris―charming vicar, reputed rake, and the brother of Avalon’s son’s guardian―is reluctantly sent to town to keep tabs on Avalon and her son. Devan wishes he didn’t have to meddle in her affairs; he’s not one to trod on a woman’s independent nature and keen sense of convictions. But she’ll have nothing to do with vicar with a wild reputation―even though he’s never given his heart to another. If only he could find a way to show Avalon who he really is on the inside―a good, true soul looking for its other half. But how can prove that he wants to love and care for her. . .until death do they part?

Young Avalon is happily envisioning her future, married to a beloved distant cousin.  Her dreams are shattered when her parents announce that she’s to marry Marquess Warwyk.  When Avalon balks, she is threatened with never seeing her younger sister again.  Heartbroken, she marries the cruel lord, who is only too eager to tell her that he despises her.  Warwyk has a mistress, one he’s totally devoted to, and one he would have happily married, had he not been forced to marry Avalon.  When Avalon becomes pregnant, Warwyk sends her away, and installs his mistress in his home.  This humiliating scene is witnessed by Warwyk’s mistress, as well as his two friends, Gavin and Devan.

Devan Farris and Avalon have somewhat of a history, as Devan is a dear friend of the cousin Avalon hoped to marry.  Not knowing the true circumstances, Devan has always resented Avalon for jilting his friend, he thinks, to marry a titled lord.  Devan is the fourth son of an earl, and while he would have preferred to be a soldier, he was forced into becoming a clergyman.  It seems that being a vicar has not tamed Devan, as he has a rakish reputation, which he revels in.  He has cleverly (so he thinks) dubbed Avalon as “Lady Warlock,” a name which has continued to haunt her.

Ten years have passed.  Avalon has made a comfortable life for herself and her son, with her younger sister now also living in her household.  Warwyk died about a year after their marriage, never having any desire to even touch his son and heir.  Avalon lavishes love to her son and to her sister, but presents a calm and icy façade to the rest of the world.  She is passionately devoted to her charity of helping unfortunate women, and the only flaw in her life is her son’s guardian, Gavin Farris, who seems determined to send her son off to school, and to stick his nose into her business.  When Gavin installs his brother, Devan, as the new vicar of Avalon’s village, she knows that things can only get worse.

At this point, I was telling myself that I was really, really going to hate this story.  I’m not a fan of enemies to lovers, as I don’t like all the bickering and sniping.  I also was already not fond of Devan, as the man who has a biting wit and says hurtful things, yet hides it behind a charming exterior is not my idea of a hero.  And what’s up with a vicar being a rake?  But, I read on…

OK – I admit it.  I was wrong, so very wrong.  From this point on, WILD WILD RAKE really takes off to become a wonderful and emotionally touching romance.  There is initial conflict between Avalon and Devan, but it soon becomes clear that he’s not leaving.  It also becomes apparent that he has a genuine calling and is a gifted clergyman.  He develops a wonderful friendship with Avalon’s son, and soon, even she can see the kind of man he truly is.  As Avalon slowly lets a little of her guard down, Devan begins to see the awesome and strong woman she is.

Devan and Avalon embark on a stumbling journey to love that has to overcome their own misconceptions, her insecurities, and a vindictive rejected young lady.  There are some surprising twists in the story, especially Avalon’s relationship with her late husband’s mistress, as well as the truth about Devan’s reputation as a WILD WILD RAKE.  I ended up loving this well plotted, well written, passionate romance, as well as its stellar hero and heroine, and I give it my wholehearted recommendation.    ~Rose