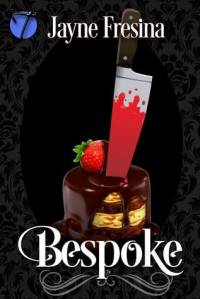 He’s been sent from Scotland Yard to solve a case of blackmail in the Yorkshire Dales; she’s just opened her own business in York baking bespoke cakes. He wants a peaceful life; she’s aiming for revolution. He likes to keep both feet on the ground; she dreams of scandalizing the neighborhood on a bicycle. He prefers to fade in with the wallpaper; she’s proud to be a black sheep that stands out in the crowd.

He’s never getting married again—most women ought to be stamped on the forehead with a danger warning and clapped into handcuffs. She thinks men are simply an obstacle to her ambitions and if it’s true that the way to a man’s heart is through his digestive system, that explains why a great deal of gaseous waste frequently finds its path out of the wrong end.

The two of them might appear to be mismatched flavors in an unlikely recipe, but when blackmail turns to murder, it’s the start of a remarkable partnership in crime-solving. And a match made in chocolate.

It’s late Victorian England and the world may be on the cusp of change, but is it quite ready for this pairing? They’re not even prepared for it themselves. Nevertheless, some wayward kind of chemistry keeps drawing them together and it can’t be blamed entirely on the cake.

Or the corpse in the conservatory.

Lucy Greenwood is an independent woman, who has decided to open a bakery, Bespoke Temptations.  Though Lucy is the daughter of servants, one of her mother’s employers, Lady Foxworth, sent her to boarding school, where she learned to act and speak like a proper lady.  The people of the town don’t quite know what to make of Lucy – the women are suspicious of her for working in close proximity to their husbands, while the men disapprove of a woman running a business.  Customers are not swarming to her shop, so Lucy is thrilled when Lady Isolde comes in to order a cake for her annual garden party.

Detective Inspector “Tolly” Deverell has survived a bad marriage, his wife’s tragic death, and almost dying from a gunshot wound.  When he returns to work, which no one expected, it’s to find that he’s been all but written off.  His superior sends him off to Yorkshire, in theory, to investigate some blackmail attempts made on Ezra Welford, but, in reality, to allow him some further time away from London, to fully recuperate.

When Tolly arrives to begin his investigation, he finds instead a murder.  Ezra’s wife, Lady Isolde has been killed mysteriously, her mouth covered in chocolate, and her hand in the cake from Bespoke Temptations.  Though initially a suspect, Lucy is quickly cleared by Tolly, who may be unassuming, but is, by no means, unintelligent.  The local police are shocked that Tolly would dare investigate the Welford household, after all, they are the most prominent family in the district.  Tolly endures their barely veiled insults and ineptitude, and begins to dig into the circumstances of Lady Isolde’s death.

Tolly can’t help but notice Lucy’s attractiveness and intelligence, but there is no way he’s going to accept her offer of help with his investigation.  His brief and painful marriage has left him wary of women and even more determined to avoid love.  Lucy’s one unsuccessful foray into passion has also left her determined to never marry, but she can’t deny the strong allure she feels for Tolly.  Each encounter has them fighting the intense enjoyment they feel in each other’s company while trying to maintain their emotional distance.

Tolly really touched my heart.  He’s a strong, low key, intelligent man, who is very capable in his vocation, yet has been beaten down badly in his personal life.  He’s afraid to take a risk again, preferring to plod along in life, concentrating solely on his job.  Though Lucy has had a bad experience also, she is quicker to become willing to take a chance on Tolly.  She’s a modern woman who knows what she wants, yet has an innate kindness, and is willing to listen to reason.

BESPOKE is full of twists and turns, and the quirky characters I’ve come to expect from Jayne Fresina.  The winding path of the investigation was the focal point of the novel, with the romance developing very slowly and haltingly, but nonetheless sweet and warm.  I’m a great fan of epilogues, and a lovely one here gave me hope that the fledgling love between Tolly and Lucy may develop into something enduring.  BESPOKE is attention grabbing and entertaining, and a book I recommend for readers who enjoy a little journey off the typical path of historical romance.    ~Rose